… then this is the right page for you because that is the main topic. 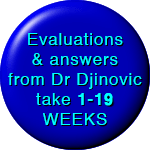 Study these packages of surgical procedures, determine which one is the best for you, and contact Richard for the exact cost.

NOT discussed here are surgical phalloplasty procedures for male enhancement, penis enlargement techniques, or penis elongation for healthy men. Find those on other pages of our site. if you need penile surgery for micro penis syndrome, hidden penis, deformed penis, hypospadias, epispadias repair, bladder exstrophy or fistula repair because these are also not talked about here.

At least 94 different terms have the acronym “IPP”. However, the vocabularies used in the biomedical sciences are governed by the Unified Medical Language System (UMLS) and whenever Dr Djinovic refers to IPP, it is always Induratio Penis Plastica — also know as Mb Peyronie or CITA (Chronic Inflammation of Tunica Albuginea).

The penis is divided into its various parts by specialized fibrous tissue comprised of rod-shaped bundles of inelastic, white, collagen fibers between rows of connective tissue cells.

In 1-4% of men, the dense formation of excessive amounts of this tissue (fibrosis) in the dermis and Buck’s fascia between the corpora cavernosa & tunica albuginea (in reaction to inflammation or irritation or during healing), usually causes abnormal curvature of the penis towards the lesion side (bent penis), restricting movement of these structures during erection and causing pain.

Correction of penile curvature with geometrically calculated grafts is basically the same surgical procedure Dr Djinovic uses to give men with ED substantial penis enlargement and/or significant penis elongation at the same time they are getting penile prosthesis implant surgery.

There are a number of stories floating around on the Internet about penile prosthesis manufacturers playing games, refusing to honor warranties to replace defective implants at no cost, and insisting re-plantation cannot be done in a country other than where the original implantation was done. Let it be clear that all AMS and COLOPLAST penile prosthesis implants have a life-long warranty in the case of infection or mechanical failure.

Penile prosthesis manufacturers market their penile implants at different prices from country to country. One patient in the USA recently informed us that his hospital billed Medicare more than US$23,000 for ONLY the replacement device for his broken AMS implant. Every AMS 700 penile prosthesis and all COLOPLAST penis implants have a life-long warranty in the case of infection or mechanical failure and are replaced free.

Dr Djinovic's surgical fee for replacement of a defective inflatable penile prosthesis is the same as for standard implantation of a penis implant for the first time. And the manufacturer replaces the device FREE. But even for a first time penis implant, in Belgrade a new, genuine AMS 700 penile prosthesis costs merely a small fraction of what was charged Medicare in the USA.

Highest Quality Surgical Repair Packages at a Fraction of the Cost

In Belgrade, the surgical fee for inflatable penile prosthesis implantation PLUS circular AND longitudinal grafting for penis elongation (2-3 cm) and penis enlargement (2-3 cm in circumference) includes grafting material and costs less than one fourth the amount the US hospital billed Medicare. Surgical “Package A” requires four hours of surgery, two nights in hospital and 3-4 days in Belgrade. “Package A+” includes ligamentolysis when Dr Djinovic finds it appropriate – no extra cost!

Inflatable penile implant cost is separate but the total for surgical “Package A”, including the penis implant cost, is still less than half the amount that was billed to Medicare. And it's a vastly superior procedure that adds an inch in length PLUS adds an inch in circumference instead of the standard result of a penile prosthesis surgeon in North America, South America, Africa, Australia or the rest of Europe which usually gives the unfortunate man an unimpressive erection and a penis that is one inch, two inches, three inches and sometimes even four inches SHORTER than before surgery!

If you start your search for a solution with: “penile prosthesis surgeon near to …”  — expect to end up with a much shorter penis!

Many deeply saddened men contact the Sava Perovic Foundation after they discover their “penile prosthesis surgeon in …” made their penis 1-4 inches shorter. You must wait at least six months before Dr Djinovic can redo it. And if a penis implant is functioning correctly, the warranty will not cover it's replacement. And some men can only be helped partially — some not at all.

Can Dr Djinovic recover the lost length and give you a bigger penis? He says:

In the majority of patients, yes. But sometimes, as a result of too much scarring, it is not possible.

Sometimes, yes, but not always.

Can Dr Djinovic recover the lost penis length and give additional penis enlargement of girth?

In the majority of men, yes for length, but is it difficult for girth.

What are the chances one of the world's top urogenital reconstructive surgeons can:

Only rarely. The girth is the bigger problem.

So get it done right the first time. Losing inches of penis length causes a lot of mental and emotional anguish. It frequently gets the man in a lot of trouble with his sex partner. Sometimes it is more than a guy can endure.